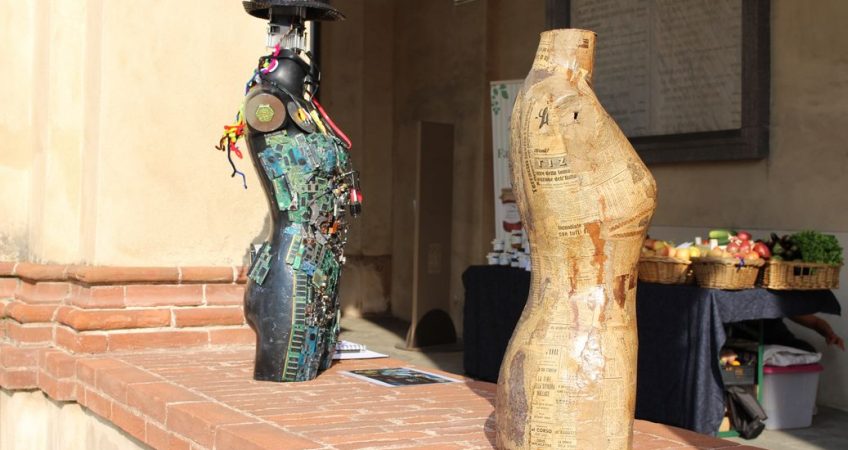 The second performance of La Donna Effimera took place within Mani@fattura, an exhibition curated by CNA Impresa Donna for the 50th anniversary of CNA Biella. The event aims to exalt artisanal skills, especially those of women’s.
The mannequins accompany the spectator among the colourful stalls, while protecting the women at work. As an art piece, they collect the values carried out by the craftswomen and convey them to passers-by. 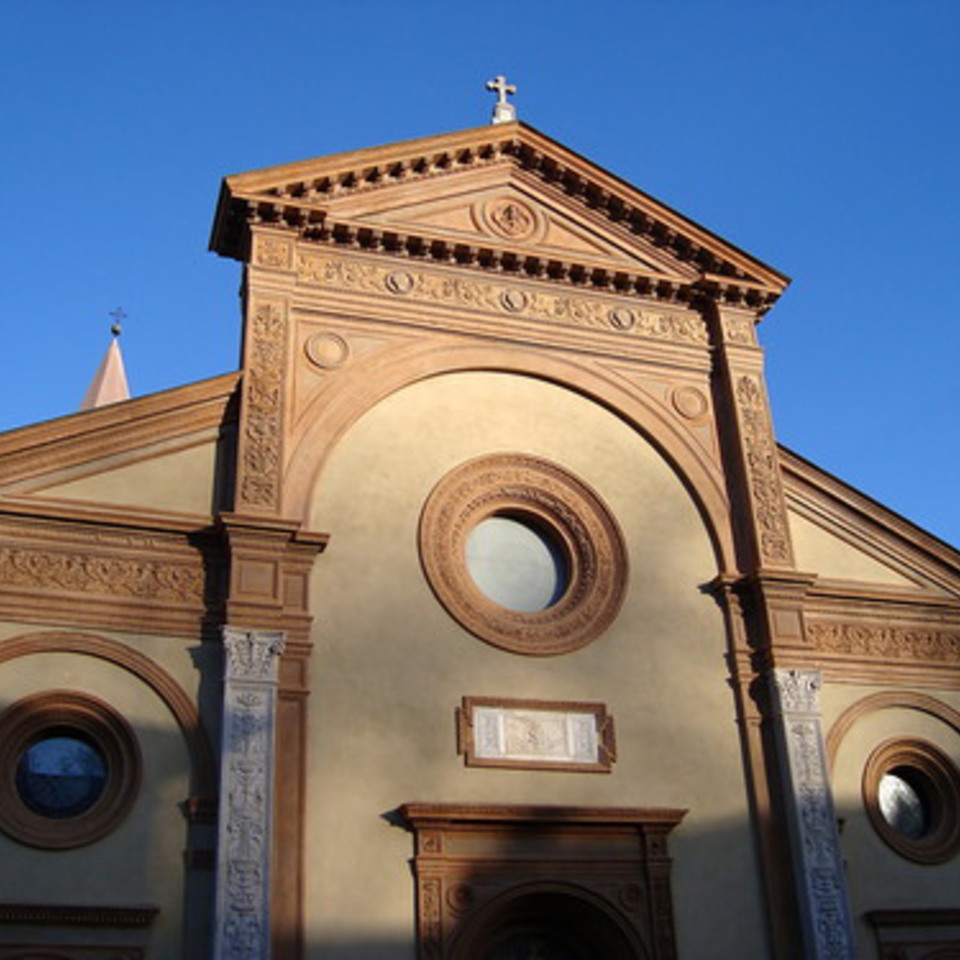 The church of San Sebastiano was built in the year 1500 on commission of Sebastiano Ferrero, a nobleman from Biella, to house the Lateran canons. Home to frescoes by exponents of the local Renaissance, the church is flanked by a large and bright cloister for meditation and prayer.

After many vicissitudes, today it is home to the Museo del Territorio and was the setting for the characters of La Donna Effimera. With its atmosphere of silence and recollection, the cloister of San Sebastiano has been able to infuse deep spirituality to the artworks, an added value for sure. 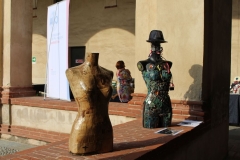 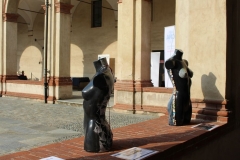 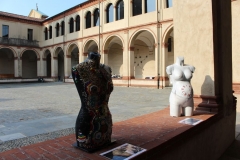 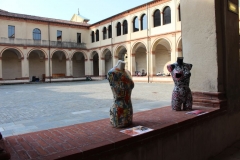 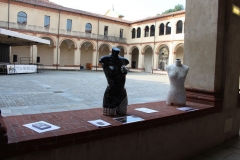 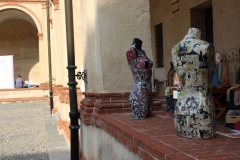 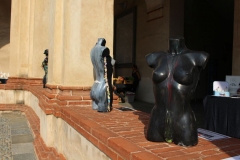 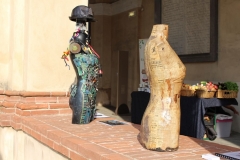 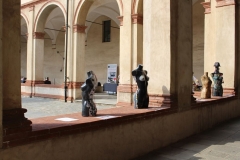 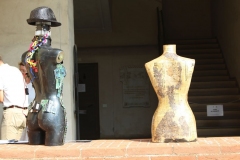 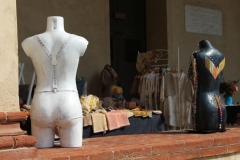 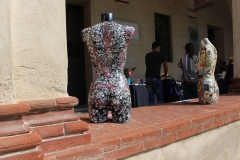